Counter-terrorism and imperial hypocrisy: Lessons from the kidnapping of Abu Anas al-Liby 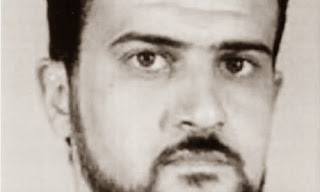 The information that Abu Anas al-Liby is now facing trial on charges of terrorism in New York enlarges the story of the terrorism and hypocrisy of the Global War on Terror that is being fought by the United States along with its pliant allies in Europe and the Gulf Corporation Council (GCC). Abu Anas al-Liby also known as Nazih Abdul Hamed al Ruqai was snatched from the streets of Tripoli on 5 October. The western media made much ado about the capture of the so called ‘high value target,’ but the history of the collaboration between the organizations represented by this person and the intelligence services of the NATO militarists exposes the ways in which the selective use of counter-terror activities has been used by the western military forces to maintain the so called War on Terror. In our submission this week we again reflect on the destruction of Libya by the NATO forces and restate the call for the Security Council of the United Nations to carry out a thorough audit of the NATO operations in Libya and the aftermath that has brought destruction and 1700 militias making life unbearable for ordinary Libyans.

WHO IS ABU ANAS AL-LIBY?

From the major news outlets such as CNN, Abu Anas al-Liby is an alleged al Qaeda operative who is now accused before the Federal Court of New York of playing a role in the 1998 US al-Liby Embassy bombings in Kenya and Tanzania. He pleaded not guilty Tuesday 22 October, 2013 to terrorism charges. Peace activists from all parts of the world will be following this case very closely because what the media has not disclosed to the majority of US citizens is the fact that for more than two decades this so called terrorists had been known to the British to the point of being part of elements supported by British intelligence forces to assassinate Col. Muamar Gaddafi. It is from the conservative British newspaper, ‘The Telegraph’, where we can read the details of how al-Libywas a member of a [url=http://www.telegraph.co.uk/news/worldnews/africaandindianocean/libya/10359319/Abu-Anas-al-Libi-al-Qaeda-kingpin-caught-in-Libya-was-released-by-British-police-before-going-on-the-run.html ‘Libyan al-Qaeda cell that received hundreds of thousands of pounds from British intelligence to assassinate Gaddafi in an ultimately unsuccessful plot[/url].’ Those with a very short memory will not remember that the obscure Islamic extremists such as Osama Bin Laden had been recruited by the Central Intelligence Agency in the Cold War era. This anti-communist agenda had drawn the Muslim Brotherhood of Egypt into close collaboration with the CIA and it was the infrastructure of this global force of cold blooded killers that was mobilized internationally against socialism. Those forces that later came to be called Al Qaeda were trained and armed by the CIA in the same way that they trained and armed the deadly Contras to kill and maim innocent civilians in Central America. The more than US $50 billion that had been poured into this anti-communist war by the United States and Saudi Arabia ensured Osama Bin Laden learned the tricks of the trade of recruitment, surveillance and propaganda. Two French journalists with inside information on the anti-communist collaboration had written the book, ‘Forbidden Truth: US -Taliban Secret Oil Diplomacy, Saudi Arabia and the Failed Search for bin Laden.’ According to the British press, alLiby had been part of the group of young Libyans around Osama Bin Laden. For the West, these young Libyans were being monitored and kept in close range in preparation for another alliance between the western intelligence agencies and those who were plotting inside Libya to kill Muamar Gaddafi.

In the early nineties as the British and North American forces plotted against Libya, al-Liby was granted political asylum in the United Kingdom, and took up residence in Manchester. From the various press reports we learned that while in the UK, he honed his photographic and computer skills.

THE TWISTS AND TURNS OF WESTERN INTELLIGENCE AGENCIES

How could al-Liby be arrested by the British Scotland Yard in 1999 after the Nairobi bombings in 1998 and then released? The answer lay in the fact that in 1999 the goal of killing Gaddafi was a higher priority than the killing of innocent Africans in Nairobi and Dar es Salaam. In 2002, it was revealed that six years earlier al-Liby had been a key figure in a Libyan Islamic Fighting Group cell that was paid large sums of money by the British intelligence service, MI6, for an abortive plot to assassinate Gaddafi.

The Libya Islamic Fighting Group was one of the many ‘terrorist’ organizations that had been working with western Intelligence agencies and this work came out in full during the NATO intervention to destroy Libyan society. Al-Liby had been included on the FBI's most wanted terrorists list which was introduced shortly after the attacks of 11 September, 2001, and a US $5 million dollar reward had been placed on his head. Yet, before and after the NATO intervention the West made no moves to apprehend this ‘terrorist’ who had ‘fled’ Britain in 1999 after he had been released by Scotland Yard.

It is now clear that the Western Intelligence agencies have a full dossier of their former collaborators who they roll out from time to time as masterminds behind this or that terrorist attack. In June, 2011 when Fazul Abdullah Mohammed was killed in a road block in Somalia, the western counter terrorism spin doctors wrote many stories about how Fazuk had been the mastermind of the 1998 bombings of US embassies in Kenya and Tanzania. At that moment the spin had been that there was an alliance between Al Shabaab and Al Qaeda, but there was never clarity on the interpenetration between the forces of Al Qaeda and the networks of fighters who were being recruited by the West to fight in Syria.

FROM THE NATO INTERVENTION TO THE WESTGATE BOMBINGS IN KENYA

The NATO forces had collaborated with the ‘terrorists’ in Libya to destroy Libya and to assassinate Gaddafi. Despite the announcement of the ‘success’ of the mission, Libya has been plunged into perpetual warfare, with rival militias wreaking havoc on innocent civilians. This mayhem suited the Western intelligence forces who were recruiting Islamic extremists from Libya to fight in Syria. The extent of the collaboration came out in the aftermath of the killing of Ambassador J. Christopher Stevens on 12 September, 2012, but even with the debacle of the exposure of the CIA in Libya, the media continued to use the bogey of terrorism to maintain high disbursements of funds to the Pentagon and intelligence services.

Just when citizens of the West were focusing on the devastation of the current economic crisis, the attack on the Westgate Mall in Nairobi, Kenya brought back the rhetoric of counter-terrorism to the front pages of newspapers. That Al Shabaab has claimed responsibility for this attack compounds the murky world of the individuals and organizations that can travel around the world with resources only to be told after the act that the west knew of these individuals as terrorists. From the description in the media of the individuals involved, there is very little room to believe much of what has been produced in the media so far. Less than three weeks after the Westgate bombings, al-Liby was snatched from his home in Tripoli by US Navy Seals. Days after the kidnapping of al-Liby in Tripoli, the Prime Minister of Libya, Ali Zeidan was himself kidnapped.

Released a few hours later, Libyan Prime Minister Ali Zeidan said his brief kidnap was an ‘attempted coup,’ blaming his political opponents for the attack. In a TV address to the people of Libya, he said an unnamed political party in the congress was behind the abduction.

These twists and turn in the sad story of the manipulation of terrorism in Libya is only compounded by the fact that the people of Libya face real terror from the militias that now control Libya.

In our study of the Catastrophic failure of NATO in Libya], we joined with the peace forces around the world that called for a full investigation of the NATO operations and the aftermath in Libya. Two years after NATO announced that they had completed a ‘successful’ mission, the kidnapping and abduction of the Prime Minister exposed the reality that the ‘elected government’ does not really control much of the country. The armed groups that had been financed by Qatar, Saudi Arabia and western intelligence agencies to destroy Libya still operate with impunity.

It is in Benghazi where the mischief by internal and external forces is most intense. In that part of the country, imperial forces are bent on maintaining insecurity in anticipation of the moment when the Egyptian revolution changes course and there is need for another base for counter revolution. This alliance with external intelligence forces has emboldened the militias in Benghazi who have blockaded the ports and oil terminals over the past month, severely restricting exports of Libya's major foreign currency earner, which mostly comes from the region.War on Terror must cease and the links between extremists and the western intelligence services must be exposed.

The Kidnapping of al-Liby from Libya has brought back attention to the world that was created by the western intelligence agencies to fight in the Reagan era. Details of the ‘Forbidden Truth’ should become every day knowledge so that never again the intelligence agencies can manipulate groups to create as much destruction as they have done over the past thirty years. The machinations of the west in their dealing with these extremists are clearly exposed in the full history of al-Liby who we now know belonged to elements in the pay of the British intelligence services. These elements have now used massive resources from conservative forces in the Gulf to spread mayhem in Africa. Whatever their origins, these extremists have created havoc in Northern Nigeria and in Somalia. Peace activists must intensify their efforts to expose the history of al-Liby and equally to unearth and expose the forces in the West, Qatar and Saudi Arabia who are financing extremists in Africa.
Posted by Horace Campbell at 7:09 AM