Is the ANC rewarding Forbes Burnham for the assassination of Walter Rodney? 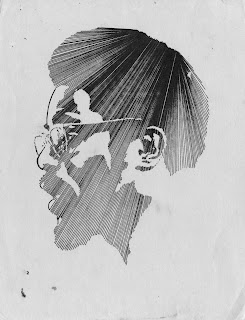 At the time of his assassination, Forbes Burnham was the President. Since the assassination, there have been numerous calls for an investigation into the circumstances of the killing. The brother of Walter Rodney, Donald Rodney, survived and told the world that the bomb that assassinated Walter Rodney was placed by Gregory Smith. Smith was an operative from the Guyanese Defense force and he was spirited out of the country to the colonial territory of Cayenne. He died there after more than twenty years. There has never been an inquiry into the assassination.

Since the assassination of Walter Rodney, popular activist and historian, author of How Europe Underdeveloped Africa, the Burnham forces in the Caribbean have been working very hard to discredit the ideas and the lessons of the life of Walter Rodney. This rehabilitation of Burnham has taken many forms with books, papers, conferences and foundations supporting the idea had betrayed the interests of Africans. In the context of Guyanese politics, this last line was supposed to consolidate the image of Forbes Burnham as holding the line against the Indians in Guyana. Walter Rodney had worked hard to bring unity between the African and Indiana working peoples. He had worked in a formation called the Working People's Alliance (WPA) that brought blacks and Indian workers together.

"It was further reported that "Roxane Van West Charles, his daughter will be travelling to Johannesburg, South Africa to accept the award which was conferred on the late Burnham by President Jacob Zuma. She will be accompanied by her sister Dr Francesca Onu and her husband, Dr Richard Van West Charles. The award ceremony will take place on April 27."
This report, if true deepens the questions about the present leadership of the ANC. In the report, the press release praised Burnham for his opposition to colonialism. At the time of the global opposition to apartheid, most leaders, even Mobutu Sese Seko of Zaire mouthed anti colonial statements while supporting French and US colonialism. Burnham was the same. While he was publicly praising anti-colonialism in Africa, he was collaborating with French colonialism in the Caribbean. Hence, the closeness of relationship so that the Burnham government could find refuge for the killer of Walter Rodney in a French colonial territory of Cayenne.

Oliver Tambo was unstinting and unrelenting in his opposition to all forms of oppression. It is my view that the granting of this posthumous award will demean the memory of Oliver Tambo. If there are still progressive forces within the ANC they should rescind this award so that this ceremony of April 27 will instead be one that honors the memories of Walter Rodney and Bernard Magubane.
........

Please sign our petition urging the ANC and the South African President Jacob Zuma to rescind their decision.

Posted by Horace Campbell at 9:28 AM