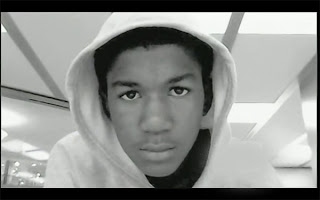 Trayvon Martin was shot and killed on February 26, 2012 in Sanford Florida while walking from a neighbourhood store. The murder and the clumsy attempts by the police to cover up the real circumstances have exposed the callous and deep racism of sections of the criminal justice system. The information on the circumstances of the murder has sparked a new phase of mobilization against racism, racial profiling and hate crimes in the United States as details of the nature of his death becomes more widely known.

Trayvon Martin was targeted because he was a black youth and his murder highlights the structural and open violence in the United States. This murder reminded all who were talking about post-racial USA of the deep entrenched racism. Blacks face this racism in all areas of life, from kindergarten, in the school system, on the streets, where they live and in this case how they end their lives. Whether it was the case of Amadou Diallo who was shot with 41 bullets by the New York Police, James Bryd (chained in Texas and dragged through the streets), Anthony Hill (lynched in Mississippi) or the thousands of other innocent black males who have been killed in cold blood, these murders expose the dangers of living and walking while black in the United States.

The killer of Trayvon Martin, George Zimmerman, admitted that he had killed the young 17-year-old, claiming that he shot Trayvon in self-defense. Decent people all across the USA have been outraged as many parents have identified with the parents of Trayvon who lost their son. The remobilization has taken the form of protests, demonstrations, teach-ins, prayer vigils, marches and other forms of expressions that are calling for the arrest of George Zimmerman. The media is going overboard linking this episode to one person, but this killing has brought out in the open the depth of the issue of racism in the United States. We will agree with Frantz Fanon,

‘Racism is not the whole but the most visible, the most day-to-day, the crudest element of a given structure....We must look for the consequences of this racism on the cultural level. Racism, as we have seen, is only one element of a vaster whole: that of the systematized oppression of a people.’