Dudley Thompson: A fighter for socialism and African unity 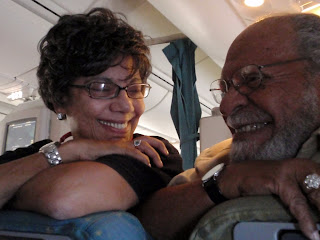 ‘Not only are they wicked for enslaving our ancestors but, worse, they have stubbornly and consistently refused to confess their crime against humanity….’ - Dudley Thompson

On 20 January 2012 Dudley Joseph Thompson, the indefatigable fighter for African Unity, reparative justice and socialism joined the ancestors. Born in Panama, raised in Jamaica and serving as a frontline activist for African Liberation, Thompson spent the past 70 years of his life working to end domination and exploitation of the African people at home and abroad. He was 95 years old. After graduating from Oxford University, Thompson moved to East Africa (Tanzania) and from there worked tirelessly for the liberation struggles in that region, acting as one of the coordinators of the defense team for Jomo Kenyatta and other leaders of the Kenyan independence struggles. Thompson returned to Jamaica in 1955 where he participated in the political movement for decolonisation. He could not escape the poisonous political atmosphere existing in the Caribbean during this period of the 1970s and thus he worked to promote anti-imperialist positions. He was a member of the government of the People’s National Party (PNP) led by Jamaican Prime Minister Michael Manley.

This was a moment when the Jamaican political leadership articulated a program of democratic socialism. The United States government and its Central Intelligence Agency (CIA) intensified the latent violence and murder of that former slave society. After the popular rebellions of the pre-independence period, both political parties had organised thugs in their ranks. The CIA exploited the basic political mechanisms of the two-party divide and introduced a global connection between guns politics and trafficking of illegal substances. Because of the depth of violence and thuggery of that political system, Thompson was one branch of this political divide. During the period of CIA destabilisation of Jamaica he was the minister of national security and his reputation was permanently tainted by a massacre at Green Bay in 1978. He lived to regret this killing of youths by the Jamaican military. After serving in the Jamaican government (1974 to 1980), he was appointed as the ambassador for Jamaica to Nigeria, West Africa. He worked within the Global Africa reparations movement and from Nigeria strengthened the forces of reparative justice in that society. When Thompson sought to work with leaders such as Nigerian historian Professor J. F. Ade Ajayi and President-elect Chief M.K.O Abiola, the US and Britain were alarmed. Read more
Posted by Horace Campbell at 6:26 AM