China and Japan currency swap: A nail in the coffin of the U.S. Dollar 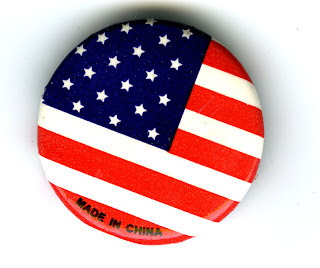 On 25 December 2011, the government of Peoples Republic of China and Japan unveiled plans to promote direct exchange of their currencies. This agreement will allow firms to convert the Chinese and Japanese currencies directly into each other, thus negating the need to buy dollars. This deal between China and Japan followed agreements between China and numerous countries to trade outside the sphere of the US dollar. A few weeks earlier, China also announced a 70 billion Yuan ($11 billion) currency swap agreement with Thailand.

After visiting China, the Prime Minister of Japan Yoshihiko Noda went on to India and signed another currency swap agreement with the government of India. These currency agreements in Asia came in a year when the countries of the Association of South East Asian Nations (ASEAN) (Brunei, Cambodia, Indonesia, Laos, Malaysia, Myanmar, Philippines, Singapore, Thailand and Vietnam) were seeking to deepen ways to strengthen their firewall to protect their economies from the continued devaluation of the US dollar. In the year of the ‘Eurozone crisis’ when the future of the EURO as a viable currency was fraught with uncertainty, many states were reconsidering holding their reserves in the US dollar.

Moreover, in the face of the neo-liberal orthodoxy of the Bretton Woods institutions (especially the IMF) swap agreements were proliferating in all parts of the globe. The Latin Americans established the Bank of the South and are slowly laying the groundwork for a new currency, the SUCRE. As in Asia, the Bank of the South will be one of the fundamental institutions of the Union of South American Nations that has been launched in Latin America in order to guarantee the independence of the societies of Latin America. Not to be left as the only region holding dollars, the leaders of the oil rich states of the Gulf Cooperation Council have been buying gold while announcing as long ago as 2009 the intention to establish a monetary union with a common currency. In Africa there are plans for the strengthening of the financial basis of the African Union but so far there has not been the same kind coordinated regional plans for financial independence. During the period of the debate on the debt crisis in the USA, the Nigerian central bank governor Lamido Sanusi announced that Nigeria plans to invest 5 to 10 percent of its foreign exchange reserves in the Chinese currency - the Yuan also known as the renminbi (RMB). Read more
Posted by Horace Campbell at 3:01 PM