African world view on revolutionary ruptures and pace of change in 2012: ‘Egypt's popular revolution will change the world’ 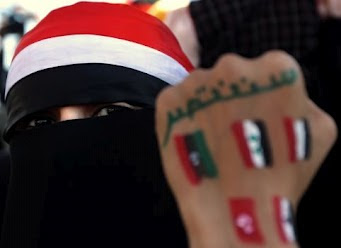 From time to time in the history of society one event or a series of social struggles point to a new direction in world politics. At the beginning of 2011, the upheavals in Tunisia and Egypt were two such social and political struggles. By the end of the year the sustained struggle of workers to retain basic democratic rights of collective bargaining had placed the plutocrats of Wall Street on the defensive. When the spokespersons for the top one per cent met in Davos, Switzerland for the usual retreat of international power brokers in January 2012, there were clear signs that they had lost the political initiative. Timothy Geithner, Treasury Secretary of the United States, warned of ‘critical risks’ while there were recriminations between the various European spokespersons on the outcome of the proposed ‘austerity measures.’ George Soros, ever vigilant to maintain a system where he has made billions of dollars, warned that the ‘austerity Germany wants to impose will push Europe into a deflationary spiral, creating a ‘very dangerous political dynamic.’ Instead of pulling countries together, it would ‘drive them to mutual recrimination.’

Tim Geithner, George Soros, French President Nicholas Sarkozy, German Chancellor Angela Merkel and British Prime Minister David Cameron were exposing the deep divisions between the old traditional imperial overlords in the face of the sharp shift in the global order. Japan saw the ‘conflicts between Germany and France on one side’ and the other weaker states in Europe and is moving to escape the ‘dangerous political dynamic’ of the European project. Hence, we have witnessed the currency swap arrangements and new vigor to embrace China and other economic partners in Asia.

What should the progressive movement make of these changes and the journey towards a new distribution of global power?

Can a social democratic solution be reconstructed or are we on the verge of a 21st century form of fascism? Read more
Posted by Horace Campbell at 3:13 PM