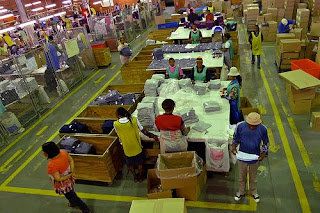 The COP 17 climate conference in Durban ended as expected, with no real agreement and commitment to reverse the destruction of the planet earth. Before and during this meeting, China positioned itself as a developing country so that it could align with the least developed societies from Africa, Asia and Latin America in calling for the countries of Western Europe, North America and Japan to stick to the Kyoto Protocol. In previous climate change meetings, the Chinese delegations had been reluctant to discuss any replacement of the existing Kyoto Protocol. The Kyoto Protocol, which was negotiated over 15 years ago before China exploded with its economic growth, only binds developed countries to cut their emissions. The treaty, the main provisions of which expire at the end of 2012, has been ineffective and failed to curb global emissions. In the United States (US), the most conservative forces have denied the existence of global warming, while the government failed to ratify the treaty.

Throughout the COP17 meeting, representatives of the Global South presented the arguments of the consequences of global warming with the evidence of droughts, floods, hurricanes and the breakup of arctic ice. Island societies from Oceania and other parts of the world provided graphic evidence of the threats to their survival. One term that came out of this meeting was that of ‘climate apartheid’. This formulation came out of the Africa group; Nnimmo Bassey, chair of Friends of the Earth International said that:

‘Delaying real action until 2020 is a crime of global proportions. An increase in global temperatures of 4 degrees Celsius, permitted under this plan, is a death sentence for Africa, Small Island States, and the poor and vulnerable worldwide. This summit has amplified climate apartheid, whereby the richest 1% of the world have decided that it is acceptable to sacrifice the 99%.’

Massive mobilisations by progressive organisations ensured that the deliberations among governments were exposed. From the international reports on the COP 17 deliberations, even with the exposure of the catastrophic conditions of the international financial organs, the leading polluters continued to negotiate within the confines of the liberal concepts of voluntarily established clean development mechanisms. There continues to be stiff resistance to the truth that the planet has been brought to this stage because of the forms of industrialisation of the western capitalism over the past 200 years. Understandably, the US government was identified as the country that is the greatest obstacle to an agreement on reversing global warming. It was in the face of the clear isolation of the US in this meeting where Xie Zhenhua, head Chinese delegation, told journalists that China was willing to be part of a new, legally binding global agreement to mitigate greenhouse-gas emissions, which could come into force by 2020. China also sought to reassert its status as a ‘developing country.’ Read more
Posted by Horace Campbell at 7:28 AM