Africa and Palestinian statehood at the UN: Lessons for decolonisation 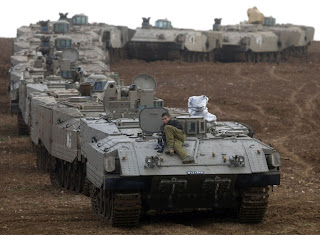 AFRICA, PALESTINE AND THE WORLD CONFERENCE AGAINST RACISM

It was ten years ago in September 2001 at the World Conference against Racism (WCAR) when the collaboration between the anti-racist forces of the world and the anti-colonial forces came together in Durban. This WCAR brought the issues of racism, reparations and the oppression of the Palestinian peoples to the centre of the international agenda. A clear programme of action had been developed to reverse colonialism and for the repair of the harms done to humanity by colonialism, racism and all forms of oppression. Indeed, the full title of the conference was the Third World Conference against Racism, Racial Discrimination, Xenophobia and Related Intolerances.

No programme of action could be carried out because very soon after the conference on 11 September 2001, the world was carried into a new period of militarism and imperial aggression. Questions of the injustice of capital and neoliberal exploitation took a back seat at UN meetings.

Now ten years later, the questions of the rights of the peoples of Palestine are again on the international agenda. This question is now being posed in the context of the recognition of the right to statehood for the Palestinian people and full UN membership. The president of the Palestinian State, Mahmoud Abbas, is at the present session of the UN General Assembly in New York pressing the historic claim by the Palestinian people to be recognised. His intention to go ahead with the request for recognition of statehood is on the basis of the 1967 borders with East Jerusalem as a capital.

Palestinians currently have permanent observer entity status at the UN. The people of Palestine at home and abroad now want an upgrade so a state of Palestine has full member status at the UN. At present, the State of Palestine is recognised by 122 governments around the world (mostly from among countries in Africa, the Arab League, China and the progressive states of Latin America). For decades, those forces fighting for freedom in Africa have identified with the struggles of the Palestinian peoples. When many of these movements became governments, they fully recognised the Palestinian Liberation Organization (PLO) and opened diplomatic missions for the Palestinian peoples. This article is a statement of solidarity from the forces of the Global Pan African and peace forces in support for the right of the people of Palestine to be recognised by the United Nations. Read more

Posted by Horace Campbell at 5:19 AM