Samir Amin: A Tribute To A Fighter Against Global Capitalism 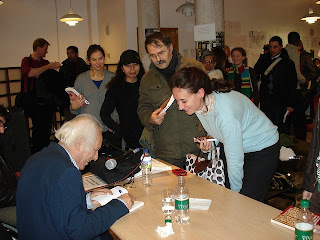 ‘We are thus at the point where in order to open up a new field for the expansion of capital (modernization of agricultural production) it would be necessary to destroy - in human terms - entire societies. Twenty million efficient producers (fifty million human beings including their families) on one side and five billion excluded on the other. The constructive dimension of this operation represents no more than one drop of water in the ocean of destruction that it requires. I can only conclude that capitalism has entered its declining senile phase; the logic which governs the system is no longer able to assure the simple survival of half of humanity. Capitalism has become barbaric, directly calling for genocide. It is now more necessary than ever to substitute for it other logics of development with a superior rationality.’
‘Liberal Virus: Permanent War and the Americanization of the World’, p. 34

With these words Samir Amin was pointing to the choices before humanity. These were either one of expropriation of small farmers and later genocidal destruction or one where there was transformation of relations between humans. In the second and preferable alternative, humans would struggle to transcend capitalism to the point where there would be a new impetus for agricultural transformation where agriculture and forestry will provide for the wellbeing of billions of humans on planet earth. While acknowledging that the future transformation of agriculture was a ‘complex and multi-dimensional problem’ for humans, Samir Amin recognised that this task of transforming agriculture required new political alliances to break the present international division of labour. This vision is one where in the bio-economy of the 21st century, agriculture and forestry will ‘become new and lasting motors of the economy’ and a major source of new employment. Samir Amin was offering a vision of a new global system that integrated humans rather than excluding them.

The vision of another social system ‘abandoning the sacrosanct institution of private property’ has been at the core of the intellectual work of Samir Amin for six decades. Born in Egypt on 3 September 1931, Amin was well aware of the stability of the agricultural sector for thousands of years. Egypt represented a society where the national formation had survived thousands of years of invasion and Amin brought to the world insights from the struggles of this society where the devastating consequences of integration into the capitalist system had brought poverty and misery for millions in that society. Now as we celebrate the 80th birthday of this African revolutionary, the revolutionary upheavals in Egypt and the counter-revolution in Libya points to the sharpening of the lines as the struggles intensify. As one component of this celebration of the life of Samir Amin, Pambazuka is also launching the Samir Amin Award so that readers and the Pambazuka audience can pay tribute to the extraordinary contribution of Samir Amin. Throughout his rich life, Amin wrote and acted to strengthen effective forms of popular power and the ideas that could give coherence to that popular power. For Samir Amin, that idea was the idea of socialism and he has been a contributor to ideas of transformation to a new mode of politics and economics for six decades.