The Chickens Are Coming Home to Roost: US Credit Downgrade 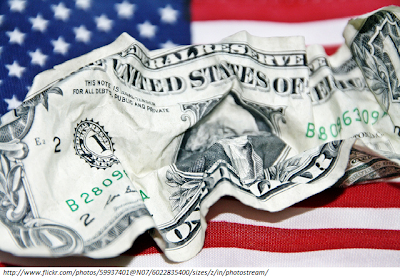 On Friday 5 August 2011, one of the world’s leading credit rating agencies, Standard & Poor’s (S&P), downgraded the United States’ top-notch AAA rating for the first time ever in the United States’ history. S&P cut the long-term US rating down to AA+ with a negative outlook, citing concerns about budget deficits and political gridlock. In their statement justifying the downgrade S&P stated that:

‘The downgrade reflects our opinion that the fiscal consolidation plan that Congress and the administration recently agreed to falls short of what, in our view, would be necessary to stabilize the government's medium-term debt dynamics.

‘More broadly, the downgrade reflects our view that the effectiveness, stability, and predictability of American policymaking and political institutions have weakened at a time of ongoing fiscal and economic challenges.’

Additionally, Standard &Poor’s indicated that it might further lower the US long-term credit rating to AA within the next two years if the United States’ deficit reduction measures were deemed inadequate. These are strong statements from a private agency bent on disciplining the government of the United States with the threat of a further downgrade. What gives this agency such power? In answering this question, we would seek to understand what is a credit rating agency; the source of a credit rating agency’s power; what is S&P’s track record and what implications do its decisions have for the international political system, especially for humanity.

In all major capitalist countries, the power of the dominant faction is hidden behind ideology (free market), law (protection of private property), propaganda (corporate-controlled media), the coercive organs of the state (military, police and prison) and the power of finance capital (banks, insurance and financial instruments). Credit rating agencies represent the power of financial capitalists and are usually held in the background to discipline corporations and governments. In moments of crisis these agencies show their hand.

These agencies along with the International Monetary Fund (IMF) and the US military have been the weapons against the true self-determination of humanity. United States citizens are now beginning to pay attention to the power that the IMF, credit rating agencies and the military wielded over most countries in the world. US Treasuries (or T-bills) are traditionally considered to be a risk-free investment precisely because in the country’s 200+ year history, its rating has never been downgraded and the securities are backed by the government.

The downgrade of the credit rating of the United States by Standard & Poor’s is much more than a psychological blow to the prestige of the imperial overlords in the United States. This is a sign of a power shift and another blow to the position of the US as the sole superpower. The most oppressed must organise to break the power of capital and the imperial overlords or humanity will pay a high price.

WHAT IS A CREDIT RATING AGENCY?

Posted by Horace Campbell at 1:20 PM