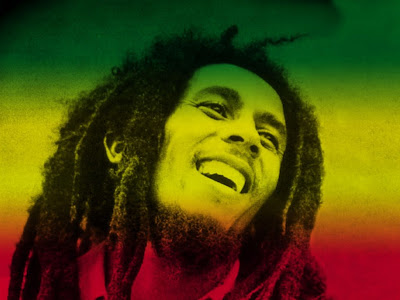 On 11 May 2011 it was 30 years since Bob Marley joined the ancestors. Bob Marley was a cultural artist who became internationally known as a defender of love, freedom and emancipation. This week we remember him, his songs and his contributions to both revolutionary consciousness and his call for us to emancipate ourselves from mental slavery.

BOB MARLEY FROM THE JAMAICAN COUNTRYSIDE

It is usually from the most rural areas where the cognitive skills and the history of community solidarity continue to prevent total mental breakdown. Robert Nesta Marley was born in the rural areas in the island of Jamaica in February 1945. Jamaica was one of the slave-holding territories of British imperialism. The history of rebellions among the enslaved informed the consciousness of the peoples of this island to the point where its name has grown beyond its size as a small island with less than 3 million persons. British cultural imperialists worked hard to inculcate Anglo-Saxon eugenic values of individualism and selfishness but cultural resistance from the countryside provided an antidote to oppression. The assertiveness of the people meant that even among the imperialists, some from among the British fell in love with the island and with its people.

Bob Marley was the product of an interracial relationship between an English military person (Norman Marley, a captain in the colonial army and overseer) and an African woman, Cedilla Booker, from Jamaica. Marley identified with Africa and broke the long tradition of mixed-race persons who denied their African heritage. Bob Marley spent his early years in the lush countryside of St Ann, but moved with his mother to Kingston while still in his early teens. He grew up in Trench Town among the most oppressed sections of the working-class districts of Kingston and was influenced by the Rastafari movement. His formal education came from the Rastafari who developed independent bases for educating the people so that they could escape ‘brainwash education.’ The Rastafari movement has been one of the most profound attempts to transform the consciousness of the Caribbean people so that they recognised their African roots and celebrated Africa’s contributions to humanity. From the Caribbean, this movement has spread to all parts of the world. Bob Marley was one of the most articulate spokesperson for this movement. Read more
Posted by Horace Campbell at 11:49 AM