Manning Marable and the March Towards a Socialist America 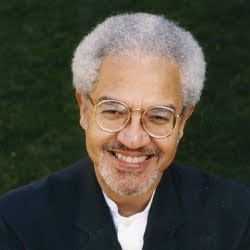 Manning Marable, who passed away on Friday 1 April 2011 in New York City, belonged to the traditions of Black radicals who were not afraid of red baiting, and therefore he spoke out clearly against the capitalist system and the associated values of greed, individualism, sexism and exploitation. Like Ella Baker, W.E.B. Dubois and Paul Robeson, Marable used his intellect to challenge the system of injustice and this was clear in his first major book, ‘How Capitalism Underdeveloped Black America: Problems in Race, Political Economy, and Society’. This book was a thorough critique of the evolution of US capitalism. Marable made it clear through the chapters that one could not fight against racism without fighting the capitalist mode of production. In the last section of the book, Marable raised the issue of the genocidal tendencies of the capitalists and concluded with his vision of the need to organise and mobilise towards a socialist America.

Throughout his earthly life, Manning Marable never forgot the imprint of chattel slavery on the United States and the concomitant crimes against humanity. Hence, Marable understood the limitations of liberal democracy and natural propensity of the system towards militarism and warfare. He opposed the wars against the people of Vietnam as a young man, just as he opposed the war against the people of Iraq and the imperial pursuit of US policies. He worked within the radical left in the United States. As he passed away on 1 April 2011, the challenges of building a socialist alternative were becoming clearer in the middle of the capitalist crisis, in which the capitalist class is moving to take away the basic rights of collective bargaining from US workers.

MARABLE AS A SCHOLAR AND ACTIVIST

Since 1993, Manning Marable was the M. Moran Weston/Black Alumni Council Professor of African American Studies at Columbia University. He was also the founding director of the Institute for Research in African-American Studies and the Center for the Study of Contemporary Black History at Columbia University. Before joining the faculty at Columbia, Manning had taught and directed Black Studies programs at Ohio State University, at the University of Colorado at Boulder, and at Colgate University in New York. He was also a former director of the Race Relations Institute at Fisk University. Manning used his position in academia to further the knowledge of the social system and the institutions of oppression; his scholarly activities over the past 30 years have furthered the Black radical and socialist traditions that have raised a generation of distinguished Black intellectuals.

As a teacher and mentor of students, Manning Marable built a base from inside the belly of Columbia University that was essentially viewed as an occupying power in Harlem. For decades this university, like so many others in urban areas, has been encroaching on the black community, displacing people from their neighborhoods. Thus, Manning Marable understood that he had to work inside and outside academia to build one front for the struggle for change within the very corridors of the same institution that legitimised capitalist oppression in New York.

Marable was a prolific writer. Apart from the book, ‘How Capitalism Underdeveloped Black America’, Manning Marable authored and co-edited more than 20 books including, ‘African and Caribbean Politics from Kwame Nkrumah to the Grenada Revolution’ (1987), ‘Race, Reform and Rebellion’ (1991), ‘Beyond Black and White’ (1995), ‘Black Liberation in Conservative America’ (1997), ‘Speaking Truth to Power: Essays on Race, Resistance, and Radicalism’ (1996), ‘Black Leadership’ (1998), ‘Let Nobody Turn Us Around’ (2000), ‘Freedom: A Photographic History of the African American Struggle’ (with Leith Mullings and Sophie Spencer-Wood, 2002), and ‘The Great Wells of Democracy’ (2003).

His most recent book, ‘Malcolm X: A Life of Reinvention’ (2011), was issued on Monday 4 April 2011, three days after he joined the ancestors. Read more
Posted by Horace Campbell at 1:21 PM