A Book Reviews of "Barack Obama and 21st Century Politics: A Revolutionary Moment in the USA" 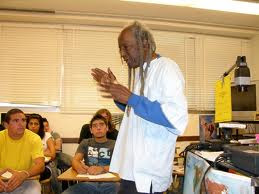 Horace Campbell, a professor of Political Science at Syracuse University who gave us Rasta and Resistance: From Marcus Garvey to Walter Rodney and Reclaiming Zimbabwe: The Exhaustion of the Patriarchal Model of Liberation, has been cutting some more edges in the thick maze of uncertainty that now surrounds the earth’s people in the political sphere and its extensions. Campbell approaches this formidable task through Barack Obama and Twenty-first Century Politics: A Revolutionary Moment in the USA.

The book begins by defining examples of a number of “revolutionary moments,” naming among other moments, those preceding the US, Haitian and Cuban revolutions. His definition of a revolutionary moment is the backdrop against which the setting of his arguments can be evaluated. Campbell views all of these revolutionary processes as arising “out of moments when the ideas supporting or propping up the old order had become unsustainable” (pg 3).

In this book of multi-level learning, Campbell goes on to distinguish the revolutionary moment from the “maturation of the revolutionary process” which begins “in the womb of the old society”. The maturation seems to be a process which must meet the point of a “critical break from the old when then ideas, the organization, and leadership of the new rising forces can decisively remove the old order from political and social power.” More

Posted by Horace Campbell at 1:55 PM