50 Years after Lumumba: The Burden of History and Iterations of Assassinations in Africa 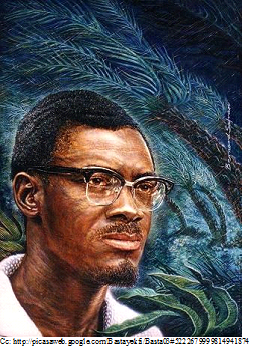 In the experiences of the Democratic Republic of the Congo (DRC) and of Africa, the iterations of assassinations were meant to kill the genuine self-determination of the African peoples. Of these crimes, the murder and cover up of the assassination of Patrice Lumumba continues to reverberate across Africa, crying out for a break from the recursive patterns of genocidal politics and economics. Patrice Lumumba was the first democratically elected prime minister of the Congo. The DRC won its independence in June 1960, but the wishes of the Belgian colonialists were that the conditions after independence should not be different from that of the colonial era. In the Congo, Belgium – a small divided society in Europe – had worked to get a seat at the table of imperial overlords. In the eyes of the Belgians, the crime of Patrice Lumumba was that he refuted the speech of the King of Belgium at the independence celebration in June 1960. Lumumba refused to accept the representation of the Belgian mission as one of civilising and modernising the Congolese peoples. Lumumba was removed from office less than two months after independence. He was placed under house arrest; he escaped but recaptured, beaten, tortured and eventually eliminated. This pattern of murder, torture and destruction continues today, 50 years after the assassination of Patrice Lumumba.

From the time of the assassination of Lumumba, almost every African leader who sought to chart a course for genuine independence was assassinated, whether it was Eduardo Mondlane, Amilcar Cabral, Herbert Chitepo, Samora Machel, Thomas Sankara, Felix Moumie, Chris Hani or Steve Biko. Violence against leaders was accompanied by the intimidation and assassination of journalists, students, opposition leaders and any social force that challenged oppression of Africans and the plunder of their resources. This nested loop of genocidal thinking, genocidal economics and genocidal politics has generated 11 wars in the Congo since 1960, and all of these wars have had implications for almost all the regions of Africa in relation to genocide, militarism, dictatorship, economic plunder and patriarchal models of liberation. Read More
Posted by Horace Campbell at 12:52 PM