Will Obama End Up Like Toussaint L'Ouverture? Tax Cuts Debates in the USA 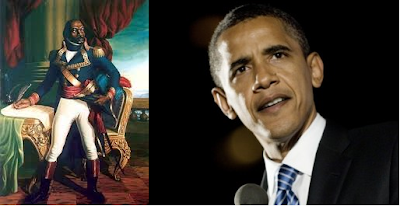 In revolutionary moments laws, ideas and politics are challenged by new circumstances. These circumstances force the convergence of revolution and counter-revolution in the same moment. New social forces emerge on the scene and there are always leaders who are thrown up by the moment. Oftentimes these leaders are not themselves revolutionaries but are caught up in the general convulsion that shakes the foundations of the old society. Toussaint L'Ouverture was one such revolutionary in Haiti who joined the revolution in 1793 and agreed that the old system of slavery must end. But Toussaint believed in the plantation model and wanted to restore the economic relations of the plantation where the former enslaved were supposed to work for a planter class.

Toussaint dithered when the people wanted a new mode of economic organisation and in the midst of these dithering internal and external forces removed Toussaint and he ended up as a tragic figure who emerged out of a revolution. While Toussaint is still celebrated as a great revolutionary, the tragedy of the bloodletting and stagnation of Haitian society cannot be separated from the fact that as a political leader he could not grasp the reality that the mass of the people wanted a new form of economic organisation.

Barack Obama as the president of the United States risks ending up being irrelevant like Toussaint as he continuously dithers and places his faith in a system that is now obsolete. Barack Obama believes in American capitalism at a moment when the environmental crisis, the economic recession, the changed international situation along with the financial meltdown demanded a new turn in social and economic relations. Read more
Posted by Horace Campbell at 2:20 PM