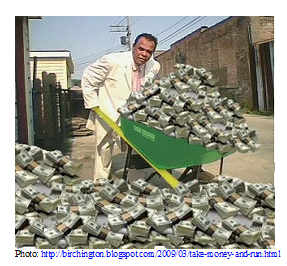 Last year in Kenya, when my African friends were discussing the depression and financial crisis, they asked why is it that people in the West, especially the US workers, are now only grasping the dangers of the power of the banks? African working peoples have faced the onslaught of the capitalist’s financial war against ordinary people for the past 30 years. The most obvious evidence has been high rates of unemployment and underemployment, massive hollowing out of industrial capacity, destruction of social services, and millions of deaths orchestrated by the IMF (International Monetary Fund)-imposed currency devaluation and liberalisation policies. These neoliberal strictures have been most evident in the areas of health care and education. In a continent where over 7,000 persons were dying everyday from preventable diseases, the IMF was also arguing that African economic recovery could only come from the complete opening of African markets and currency devaluations.

The experiences of Africans over the past 30 years are most pertinent within the context of the Group of Twenty (G20) meeting in South Korea. This meeting has four main items on the agenda ... more
Posted by Horace Campbell at 10:27 AM